I taught Fine Art Sculpture at Manchester Metropolitan University for about 7 years. It was the first proper job I had after being a visiting lecturer for a number of years at various colleges and Universities. It was nice to be salaried.  I wanted to have a different relationship to Manchester other than coming up and teaching, so having the show at Castlefield was a great opportunity to engage with Manchester in a very different way. At the time there were a lot of people doing really exciting things in Manchester, such as artist-led spaces and curated shows in alternative buildings, and a lot of those people involved have now gone on to doing really well, opening galleries and having successful art careers. Manchester has its own thing going on, its own identity. I remember going up for the interview and walking around Manchester thinking this just feels different to other cities I know. I’m not sure what it was … maybe the way people looked and behaved, perhaps coming out of the back-end of Oasis, the fashion, attitude, and all that kind of stuff – a kind of unique Manchester aesthetic… which felt exciting and different to London where I lived.

When I had the show at Castlefield I was in a different studio to now, at Bow Arts Trust and I was using a lot of video projection onto objects. It was all about the relationship between image and object. When you project an image onto an object there is a point where you don’t see image or object but you see image-object, a new thing that is an amalgamation of the two. When showing this work it relies on specific lighting conditions. You don’t project the images in a pitch-dark space, because then you only see the image, you have to have a certain amount of light so you are aware of the object that receive the images. When making this work I would spend half my time at home editing and the other half of my time in the studio working in the dark projecting images onto object/sculptures. The large projected work I showed at Castlefield I think was the last projected work I made.

When I was doing the work for the Castlefield solo show I was also building large sculptures from found images, such as a hanging work made of read-made images combined with furniture and other stuff… When I came here to Cubitt, about 7/8 years ago the video stopped. One of the reasons was I was fed up with working in the dark, but also I was coming to the realisation that the objects without the projections were engaging me as much as those with the projections, so it was probably at that point I began thinking maybe I don’t need the projections at all.

I also produced a book at the time of the show, titled The Stuff of Images, of which tied in with this idea of image-object, and was a piece of work in itself. The book is a very physical object, one that has hidden pages and a cover that is smaller than the book pages, exposing part of the books spine. It documents a lot of the work in the show plus an extended body of work that explores the relationships between image and object, with an interview and essays by Lisa Le Feuvre, Andrew Renton and Laura U. Marks.

I always like including challenging materials in my work to keep me in the present of what’s happening, which is why I work with things like bread dough and rust – materials which have their own agency and you have to deal with on their own terms. It is important for me that the making – the handling to be a really focused event. Making is really about being aware of the hand, materials and brain working in a constant loop, so I try to keep that as challenged as possible when making my work.

I think the reference for both sculptures in this show is to Modernism, to a more traditional and formal approach to making sculpture, with references to artists such as Barbara Hepworth, who I was inspired by as a child. So these works on the one hand have a formal relationship to a sculptural abstraction, but are equally rooted to a contemporary representations through the use of cheap pound-shop ready-mades. It always comes back down to the materials I use. Although the two works appear quite different, there’s a similar language about their formal presentation, and the materials that have been used to make them. The chamois leather sculptures came later, and much more about a physical relationship to materiality, so some of these works using leather you can handle and hold, relating to mine and the viewer/audience body negotiation with materials. Buddy looks like it is made up of two independent parts that have been connected and then twisted apart, a suggestion that each part could move in opposite directions, the outer layer of linking leather exposing these possible actions. On the whole my work suggests some kind of actual or potential shift or change, to create works that are not fixed and sometimes impermanent.

When artists like Hepworth were making work it was very much about imposing on materials  to create shape and form, often artist of that era talked about the material they used somehow speaking to them, and that they were releasing the qualities of the materials through their handling. Whereas, now the way that materials are talked about is very different. It’s about collaboration and a negotiation, where artist and materials work together, both bringing their own unique properties to the collaboration. There’s no sort of grandeur about it. I often talk about materials as a negotiation where over time when handling stuff you learn to use materials and explore the potential, in a similar way that my body is explored and challenged by working with materials – there is no hierarchy. I like working with materials that push you to do this. 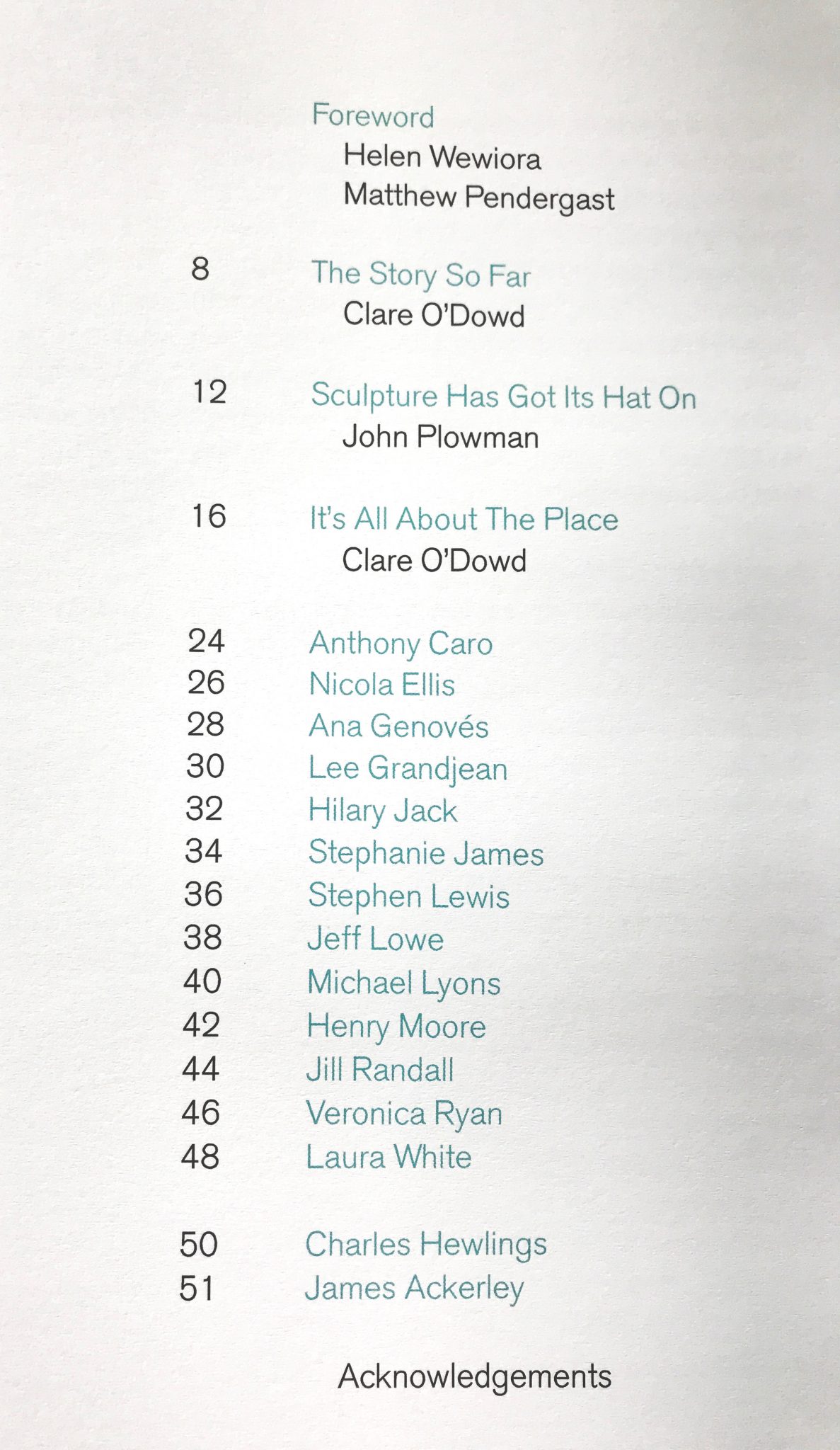 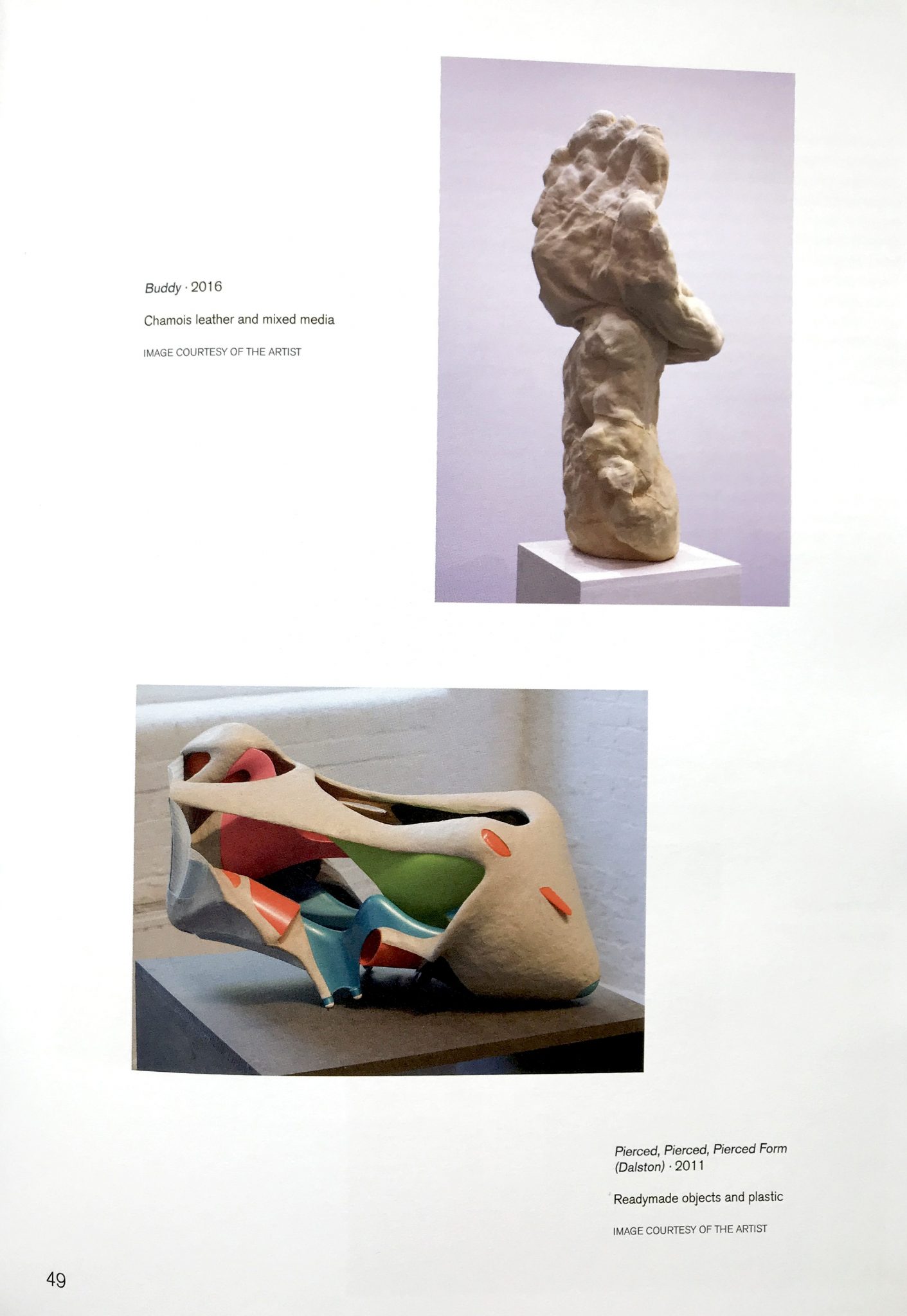 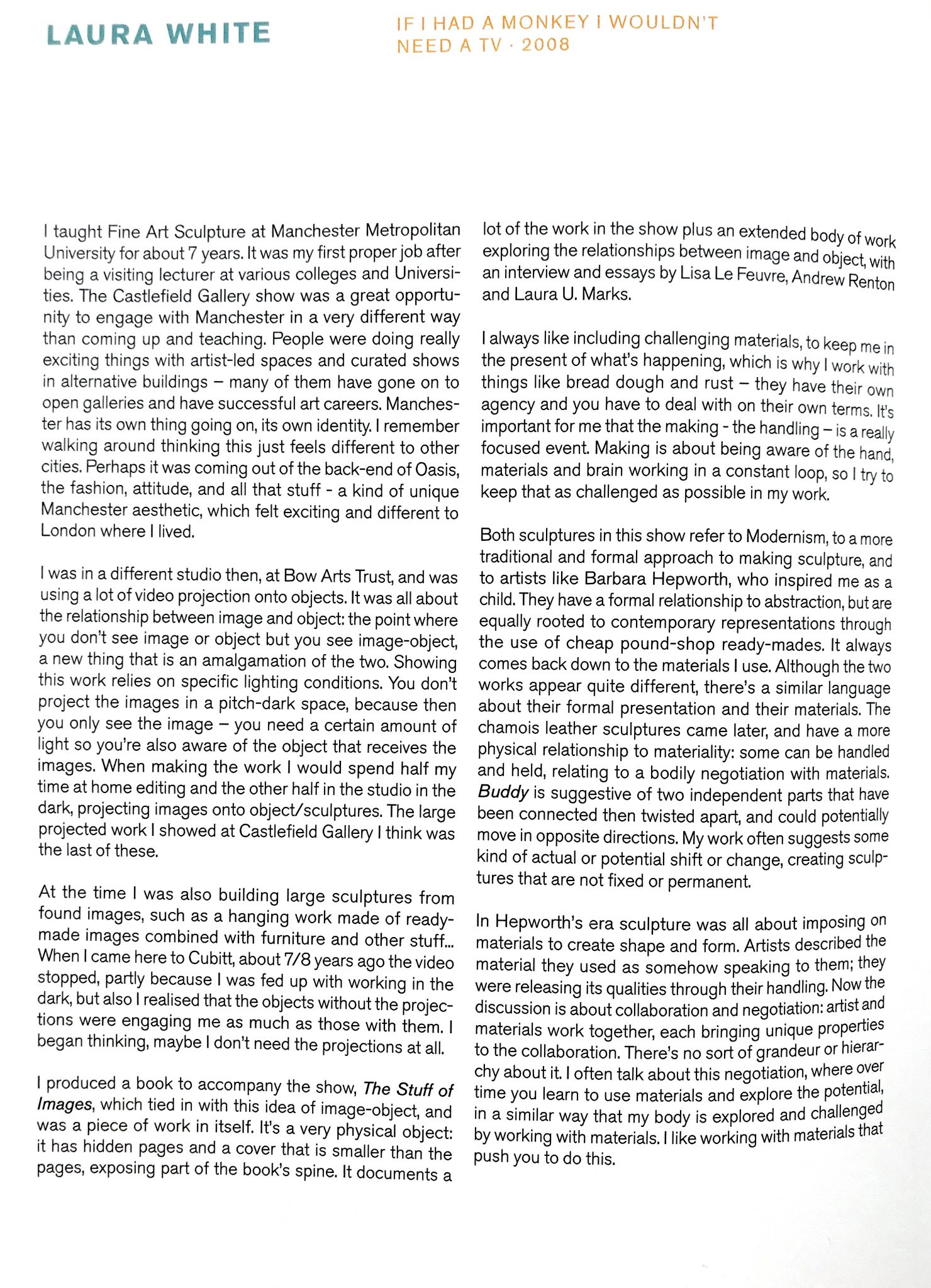