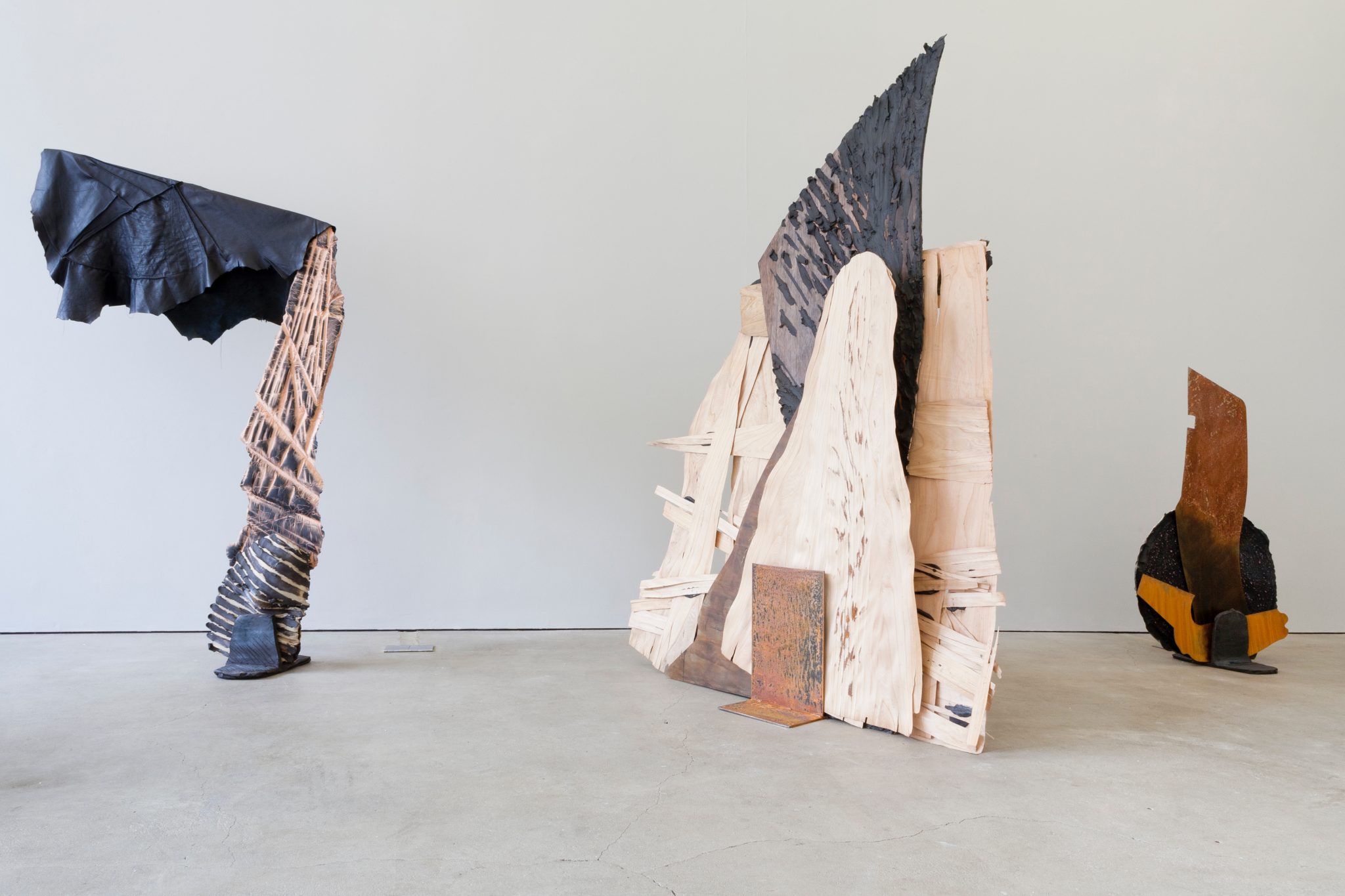 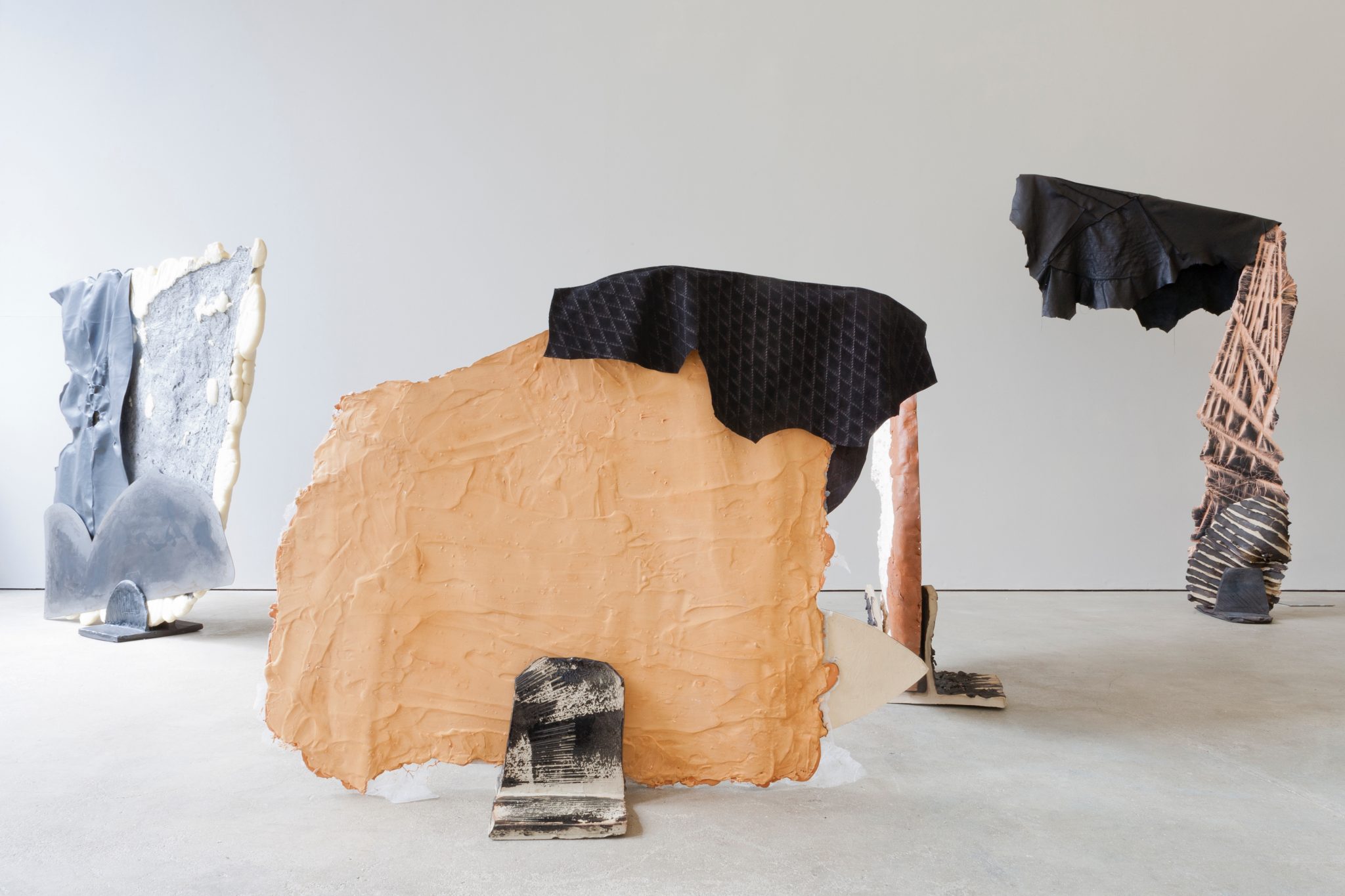 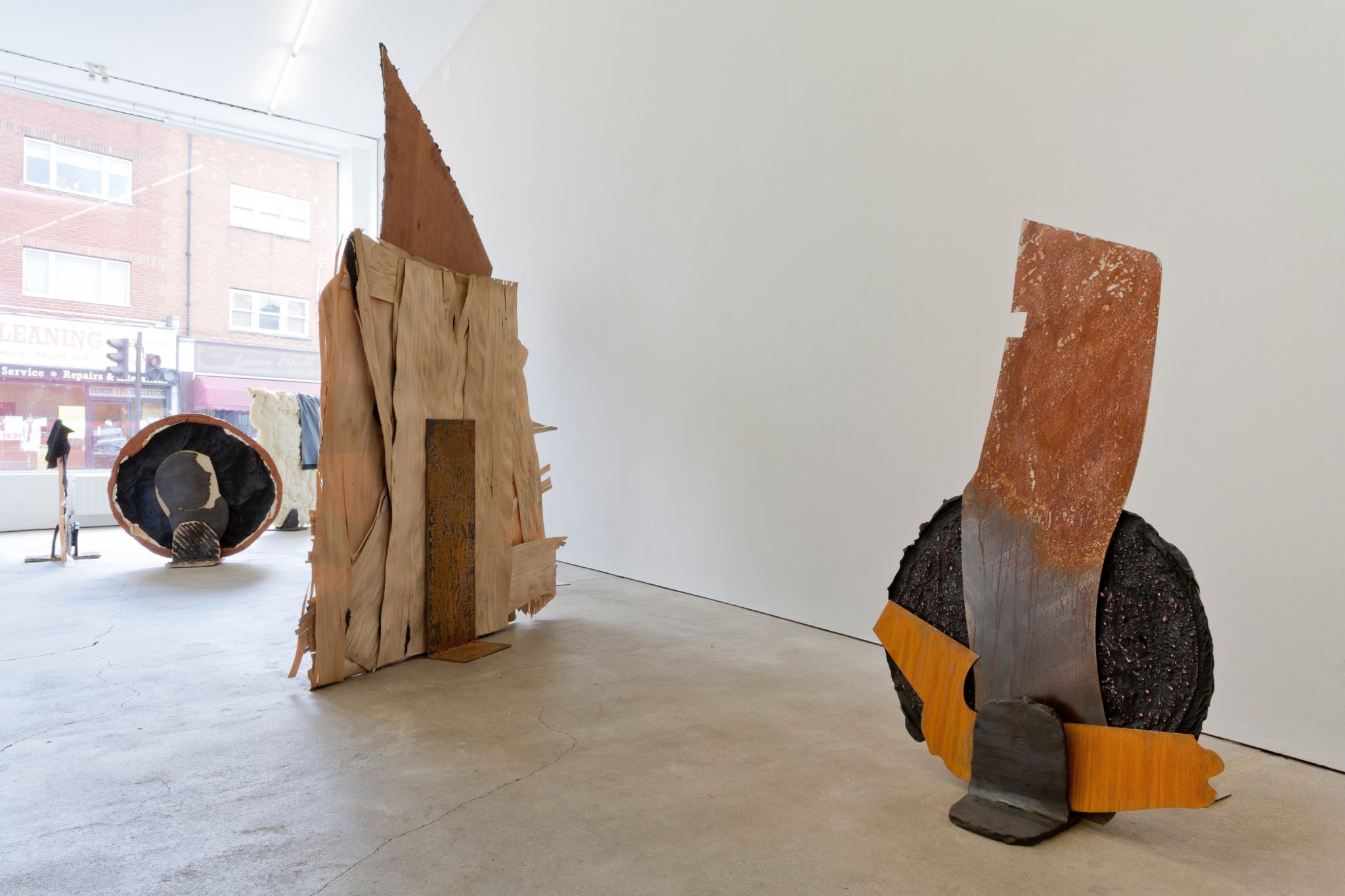 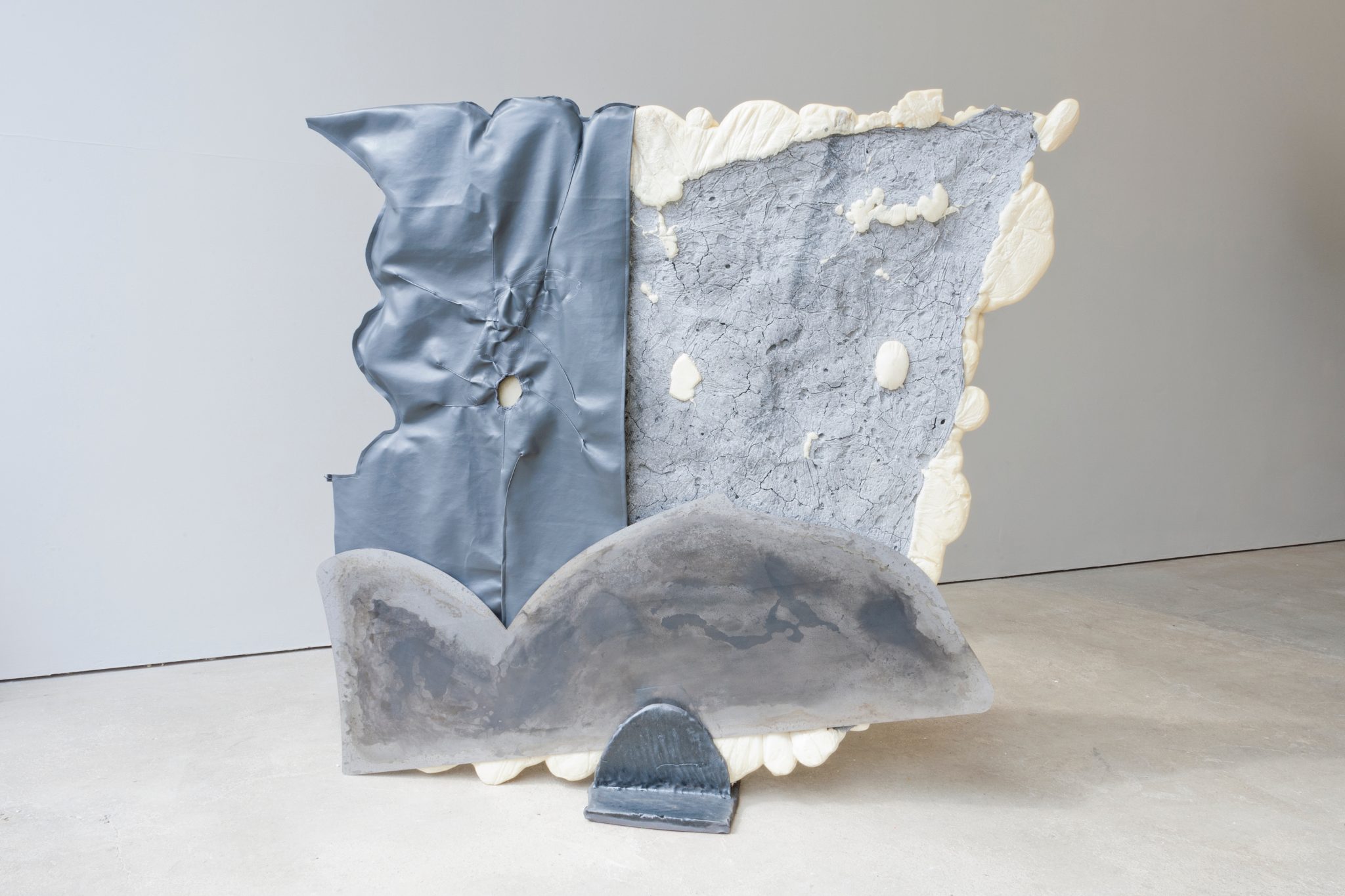 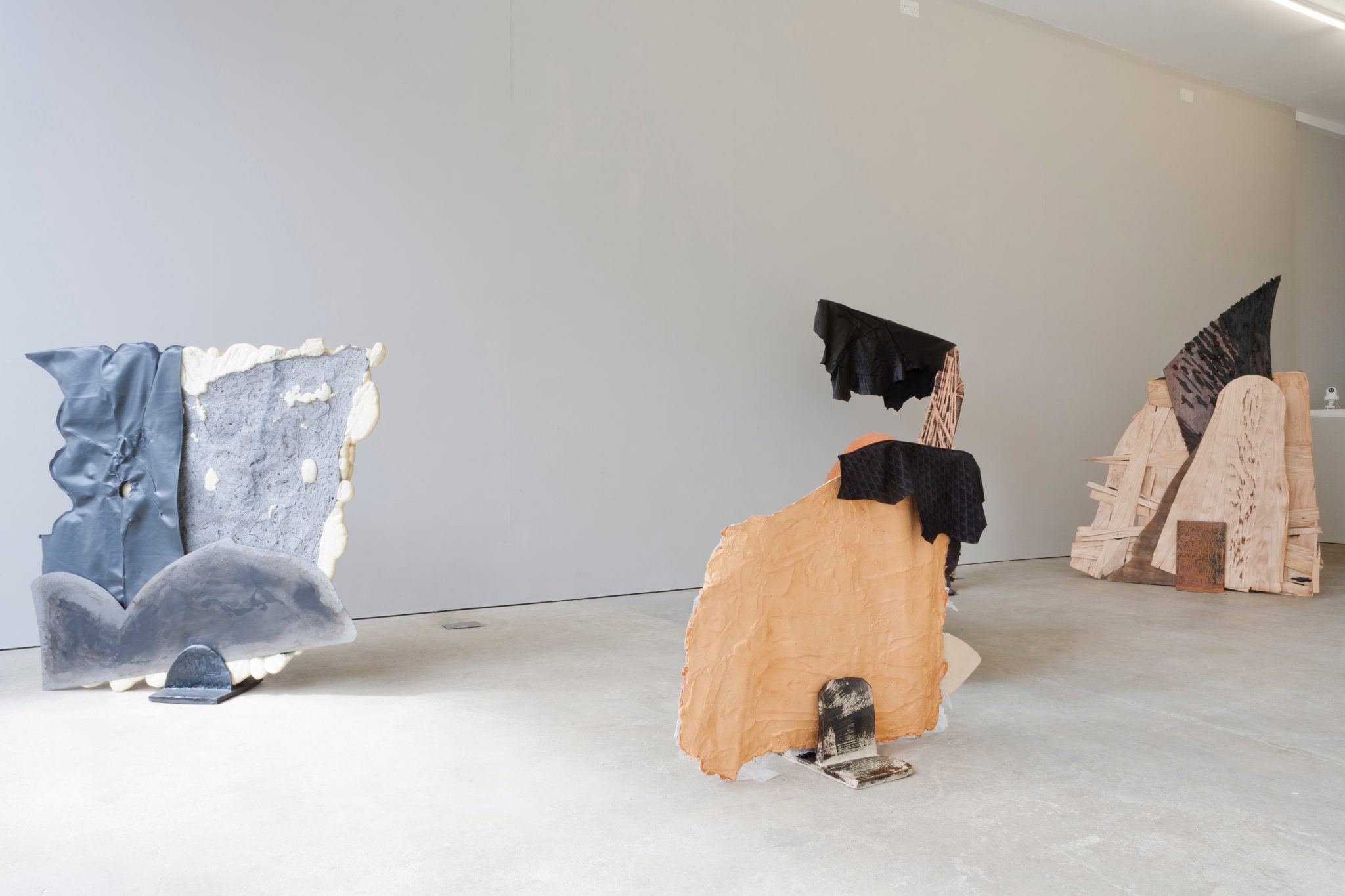 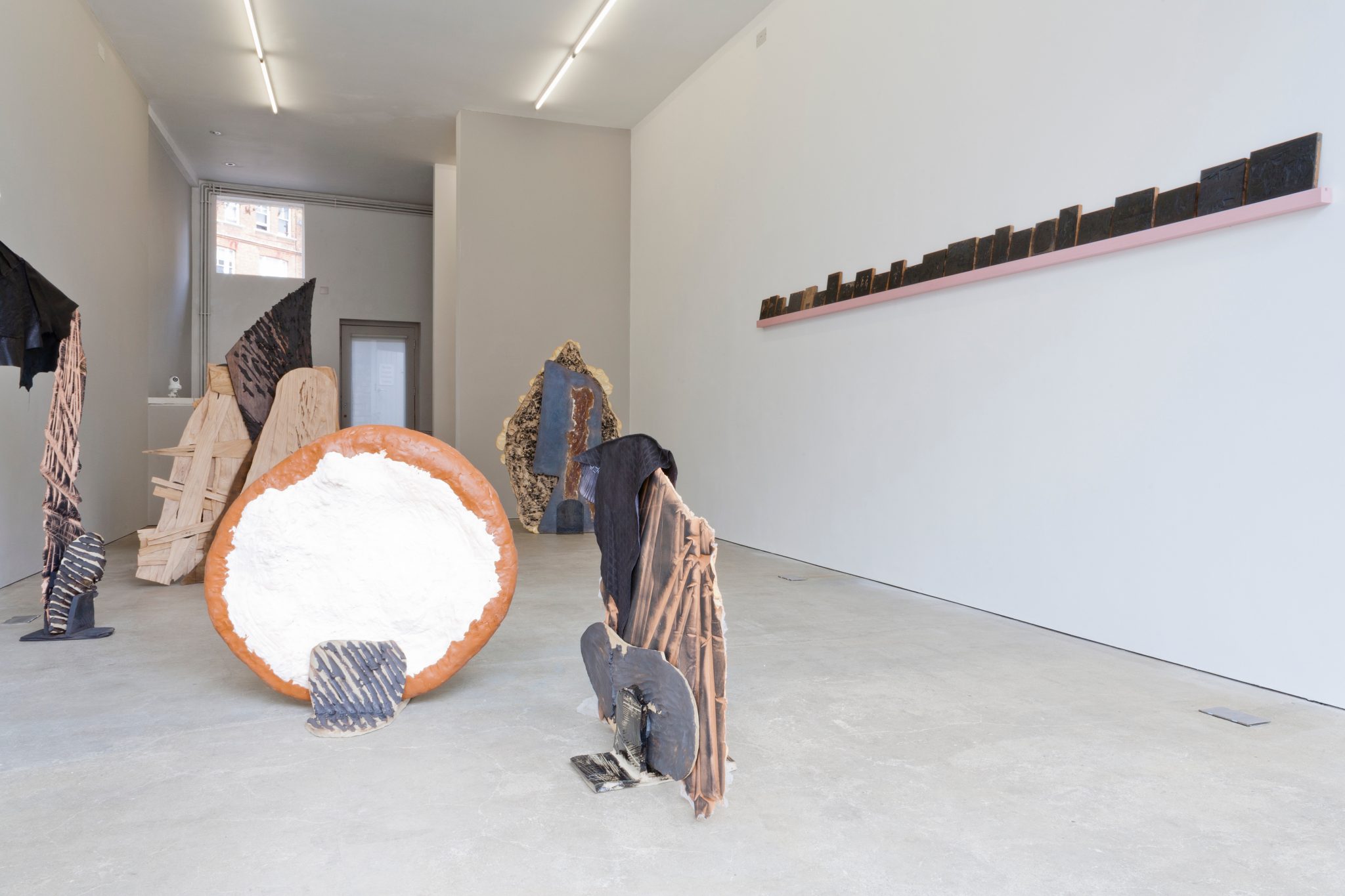 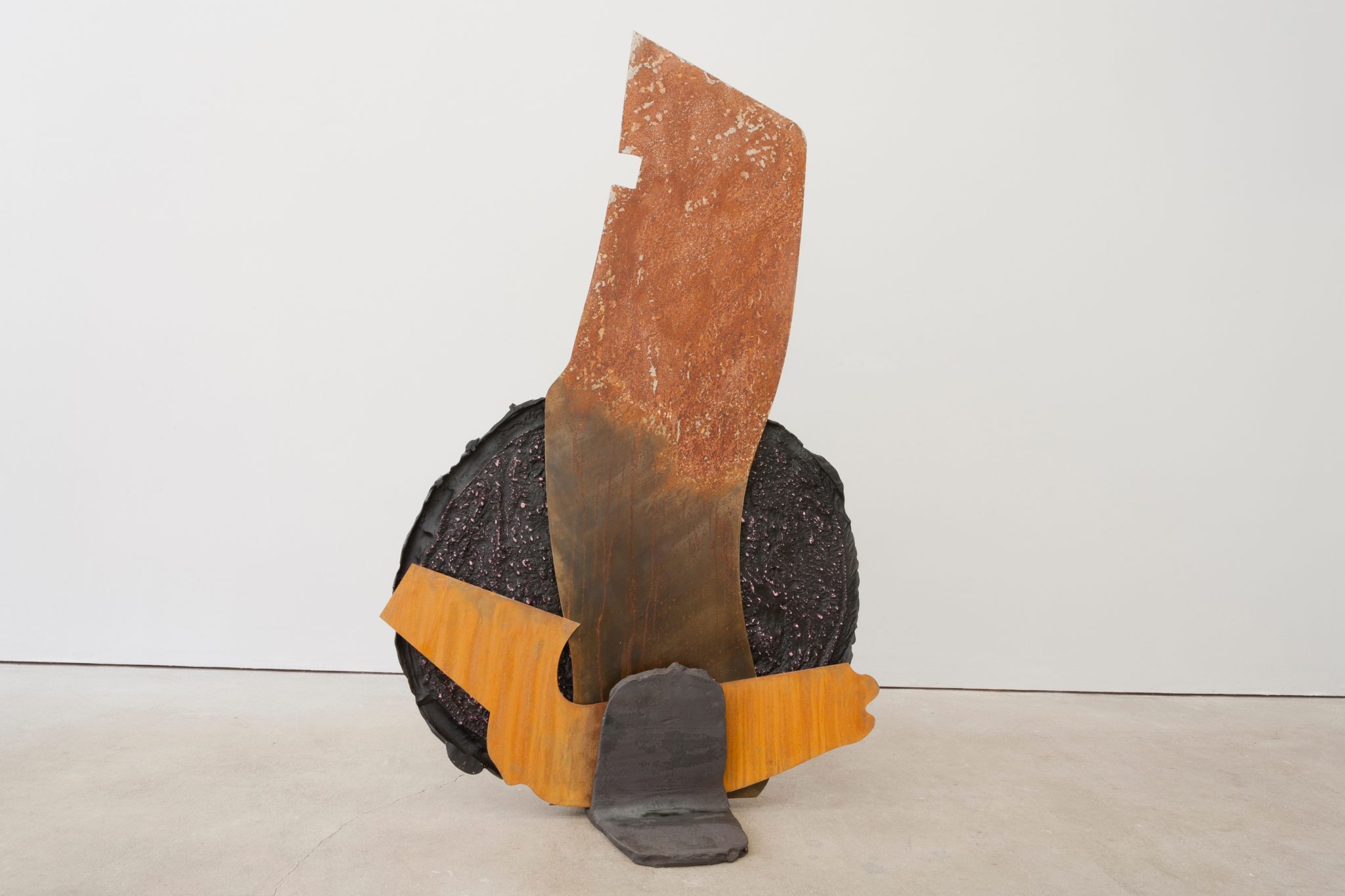 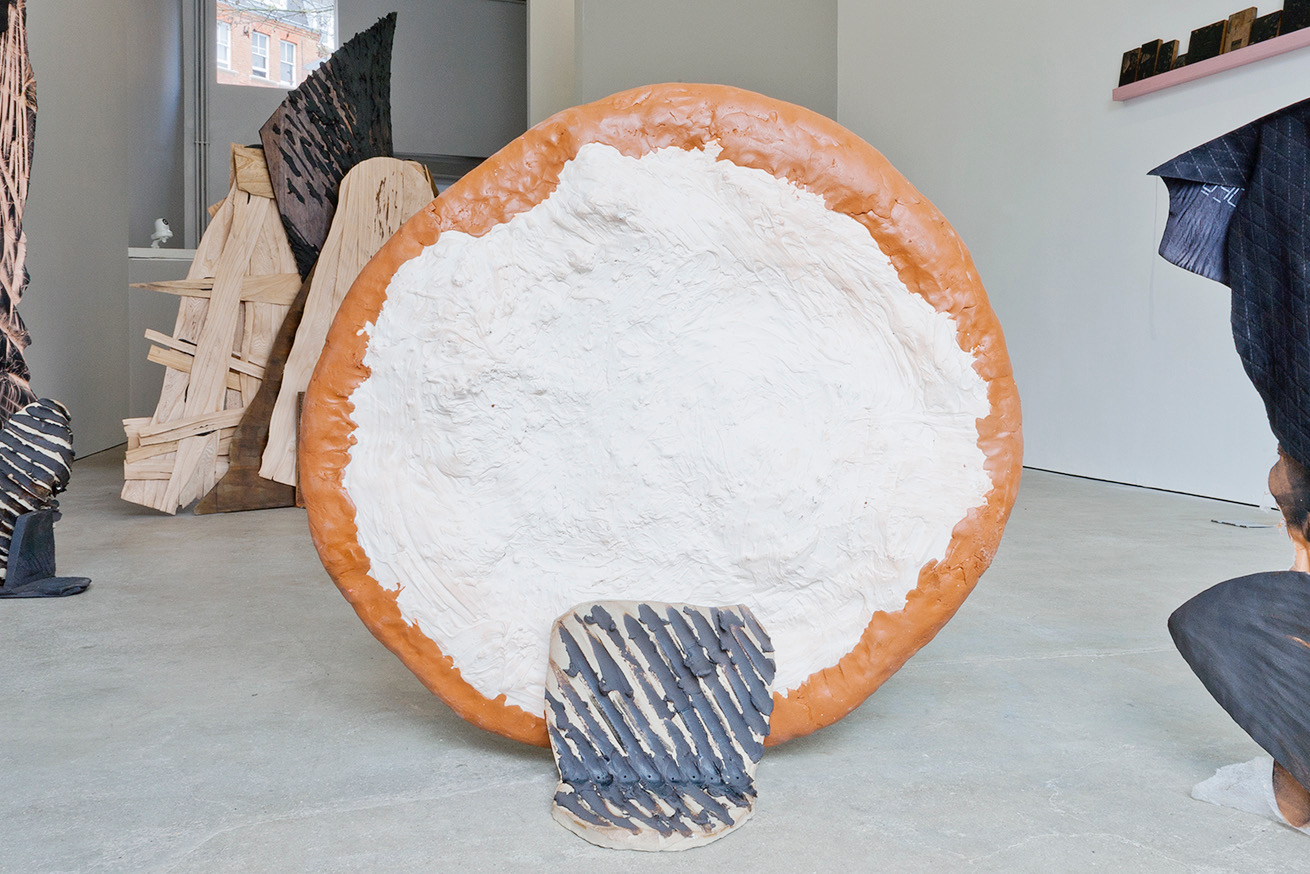 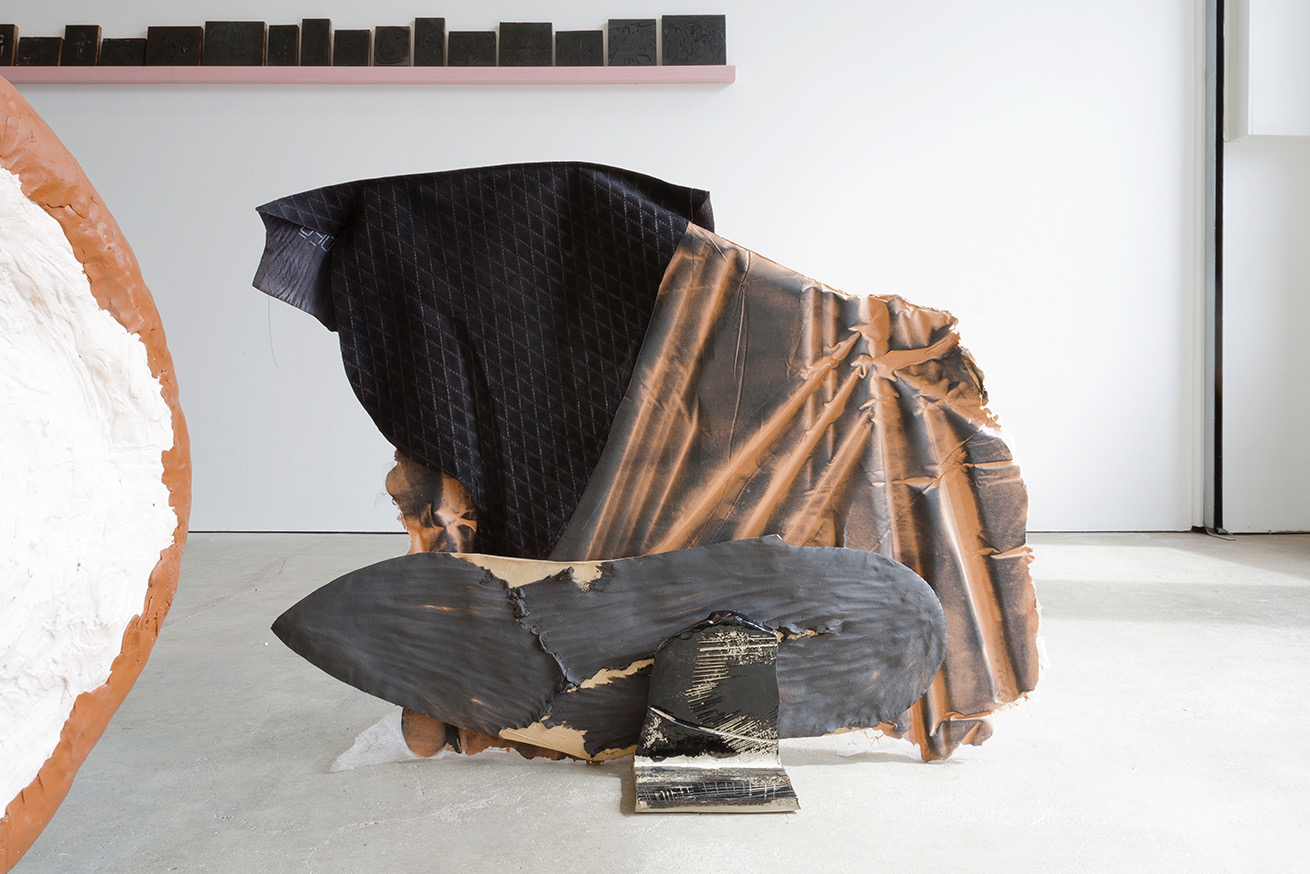 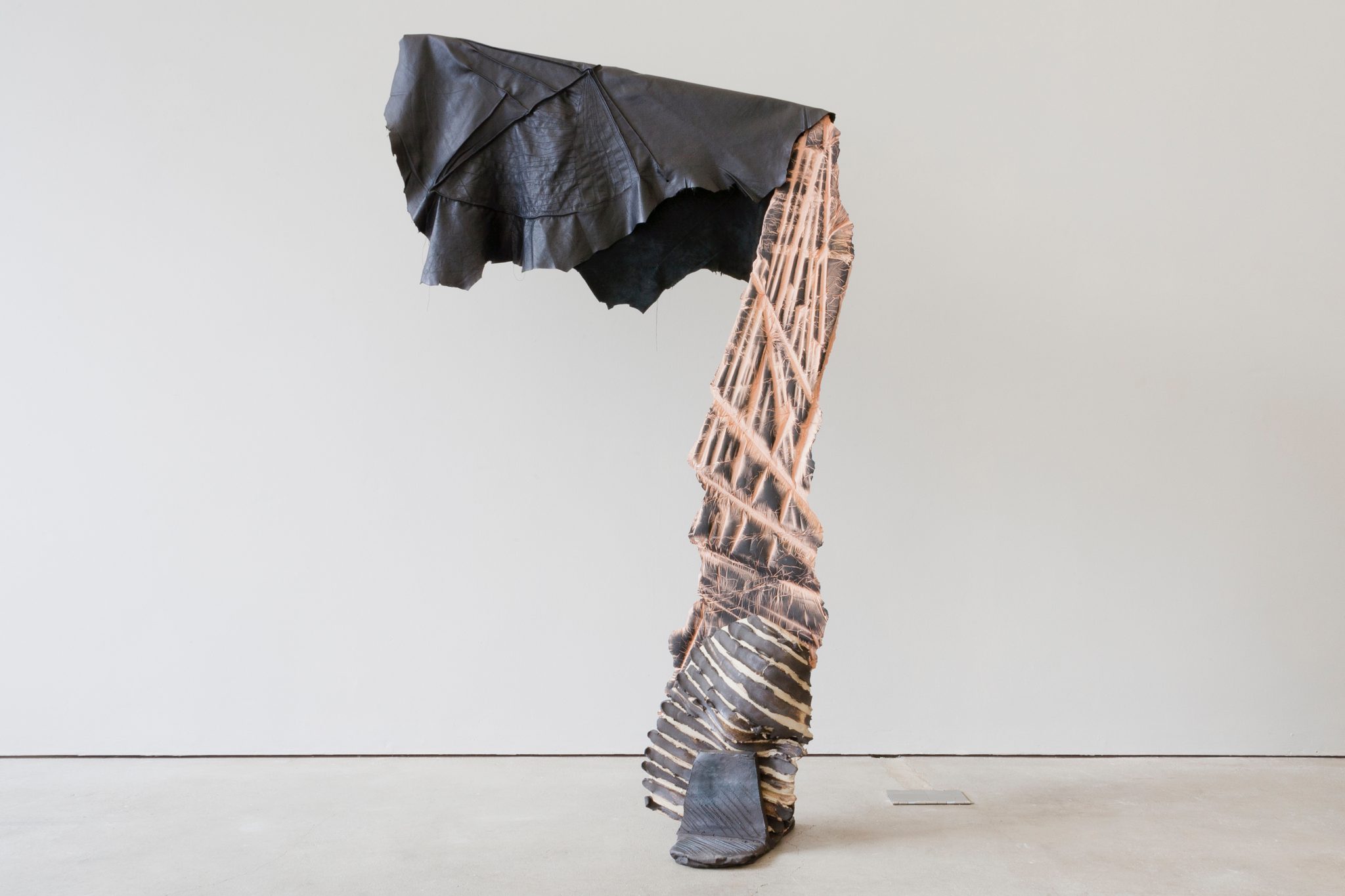 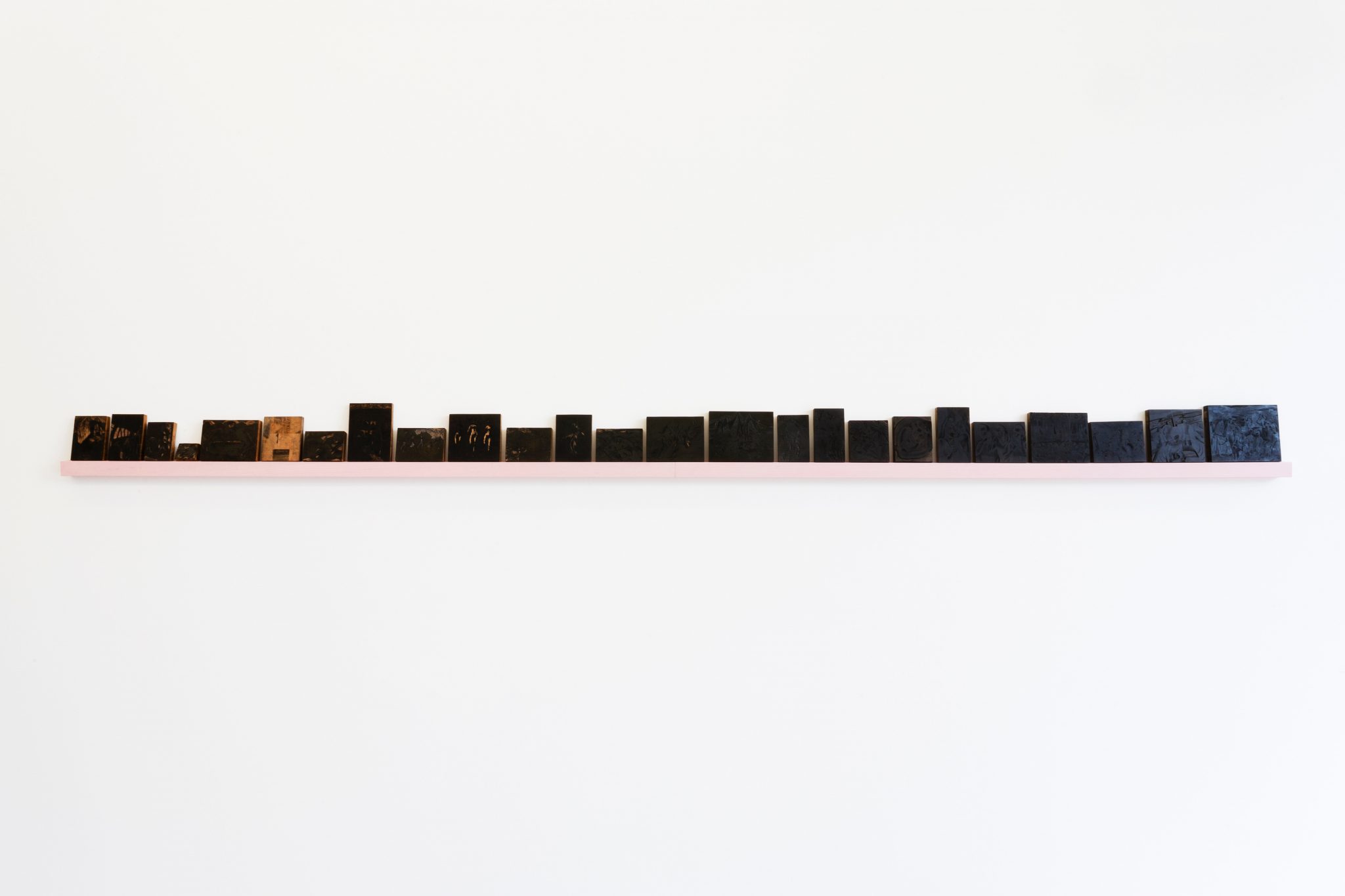 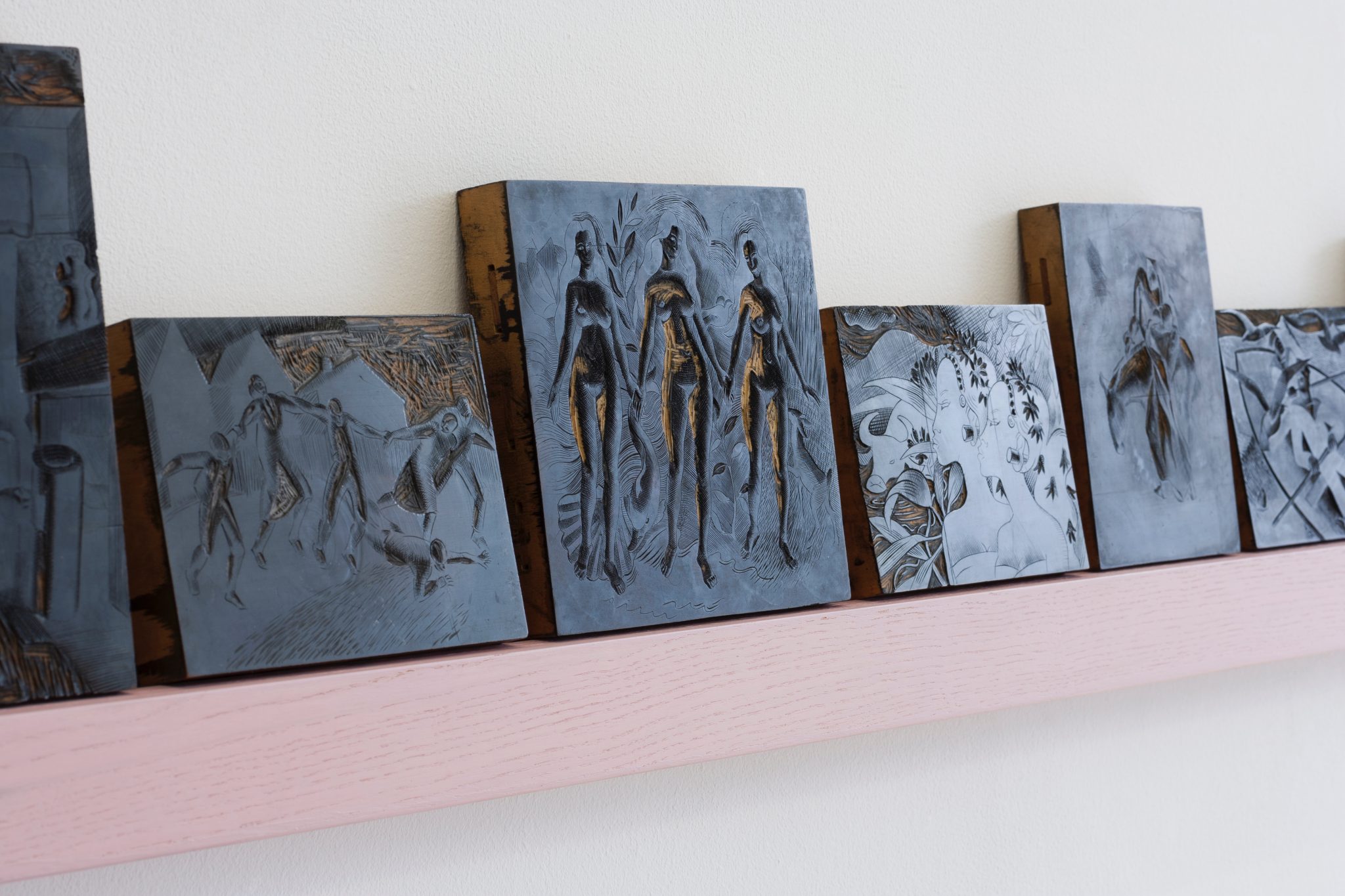 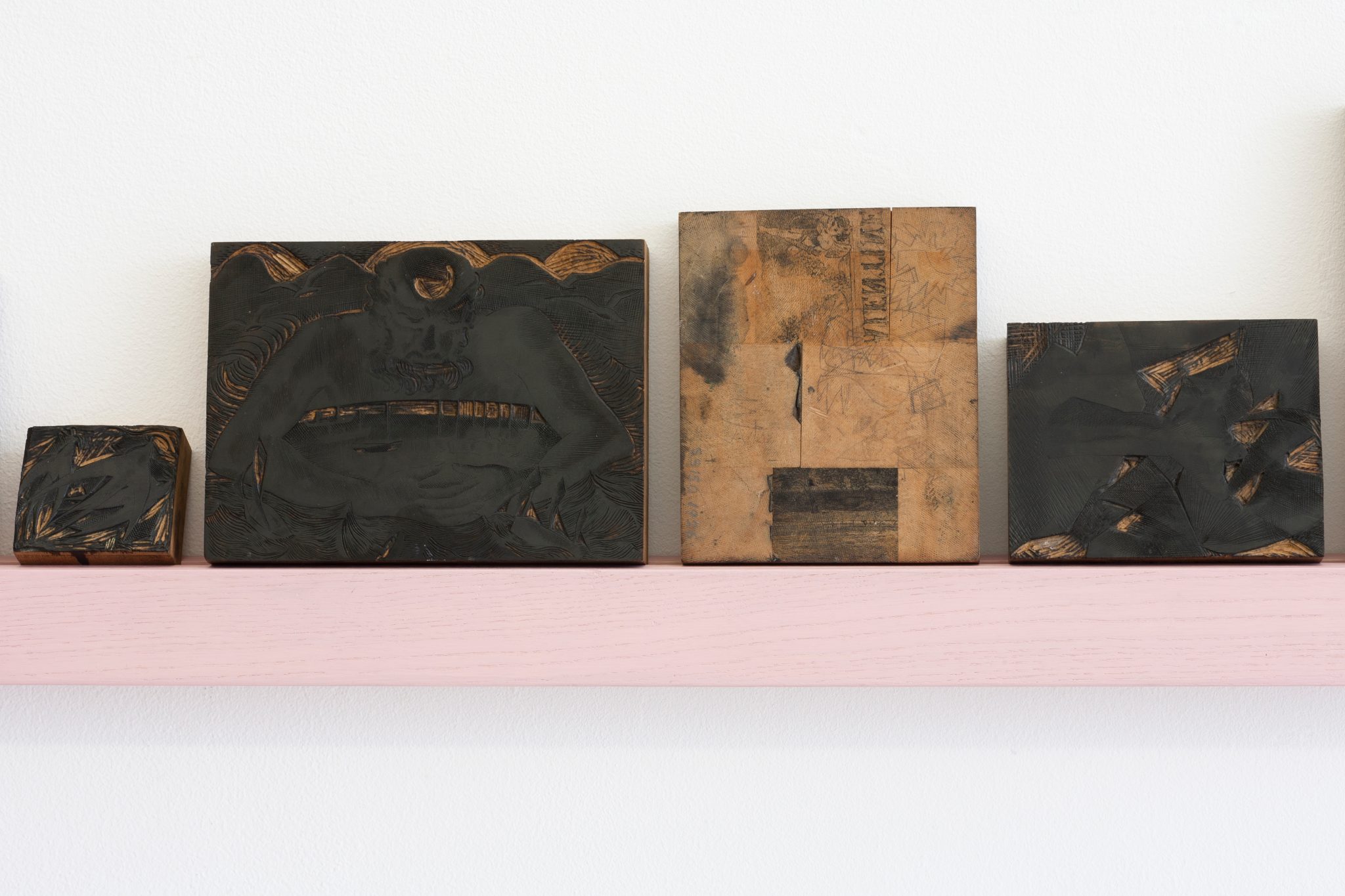 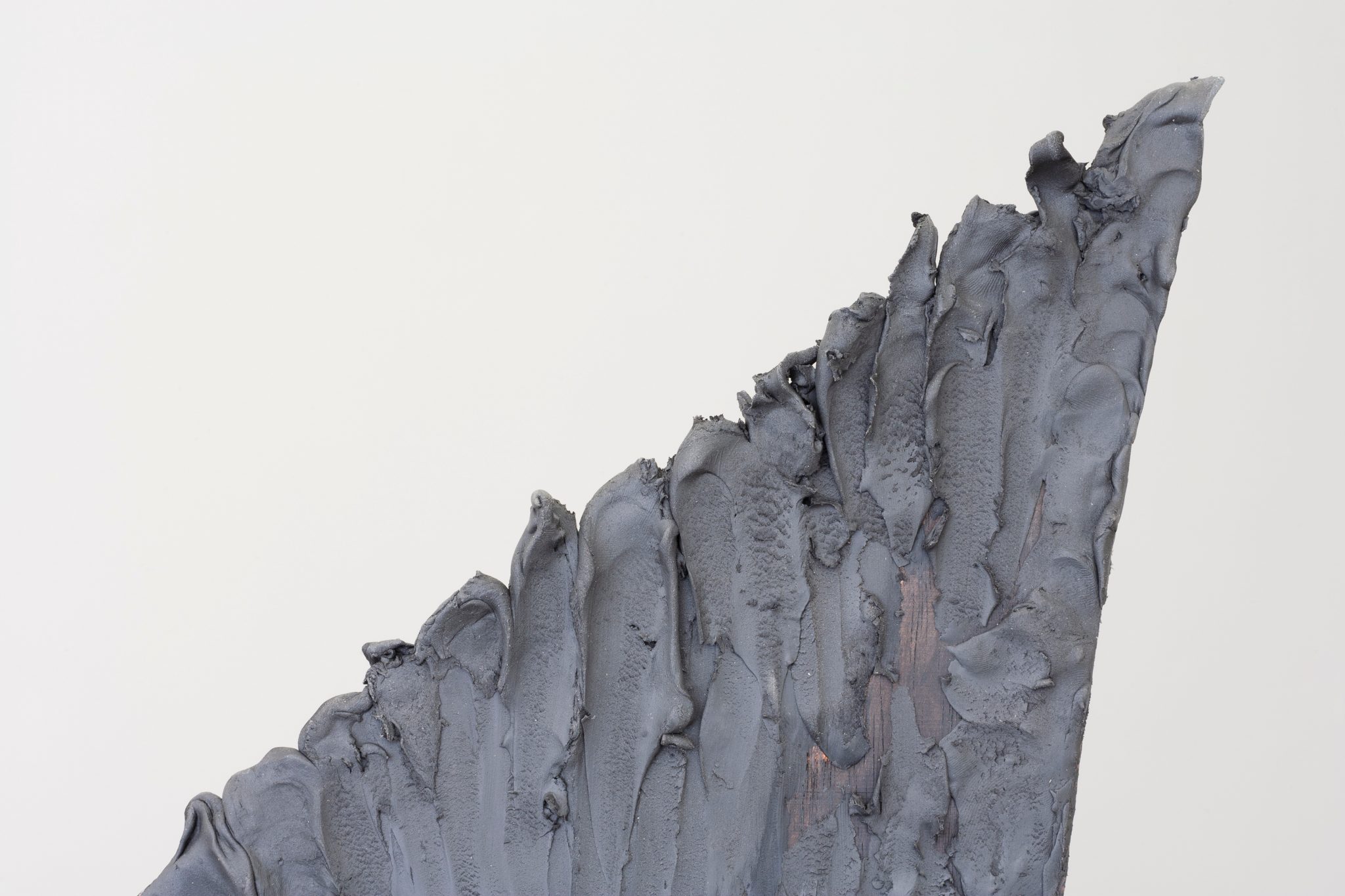 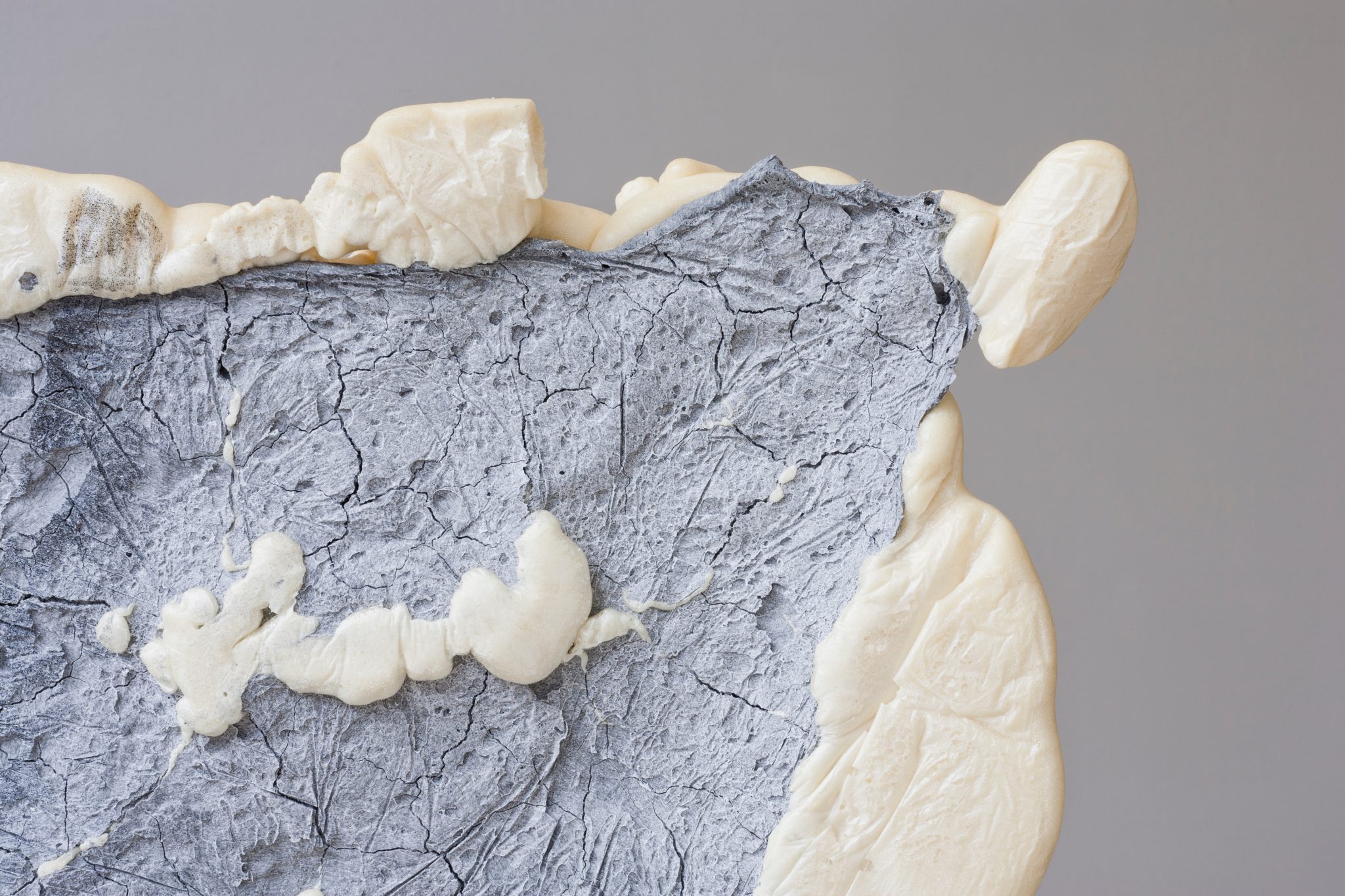 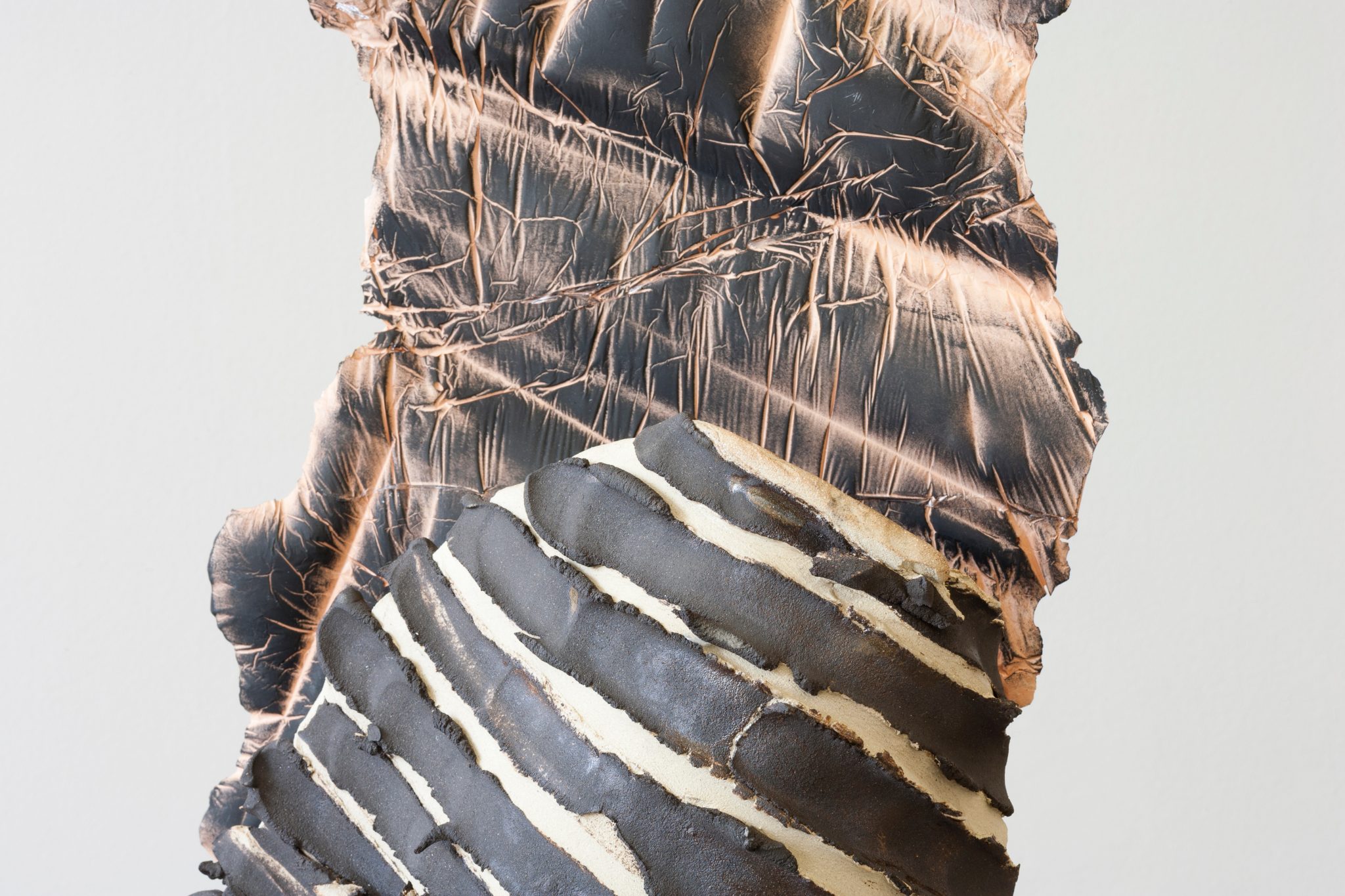 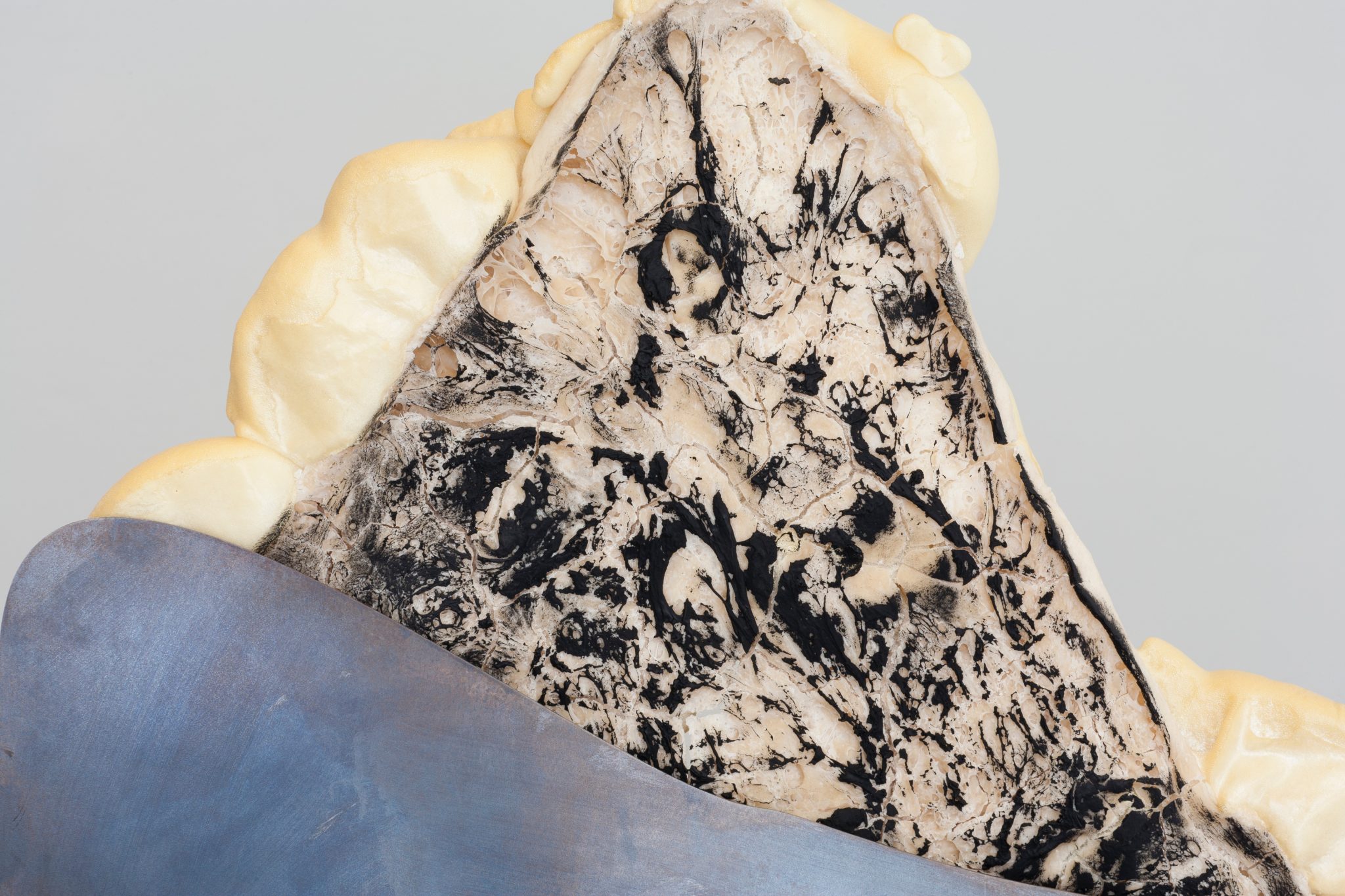 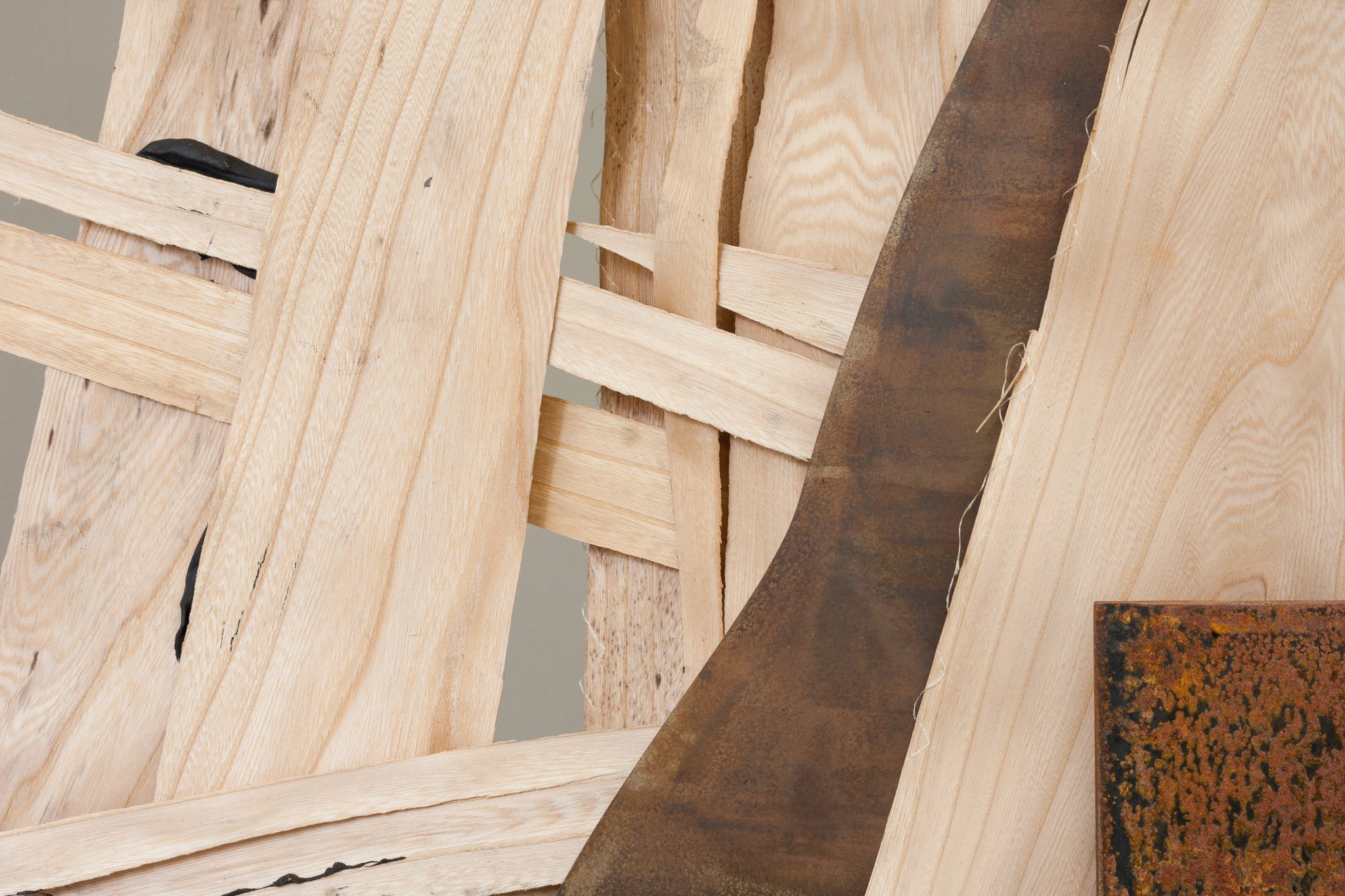 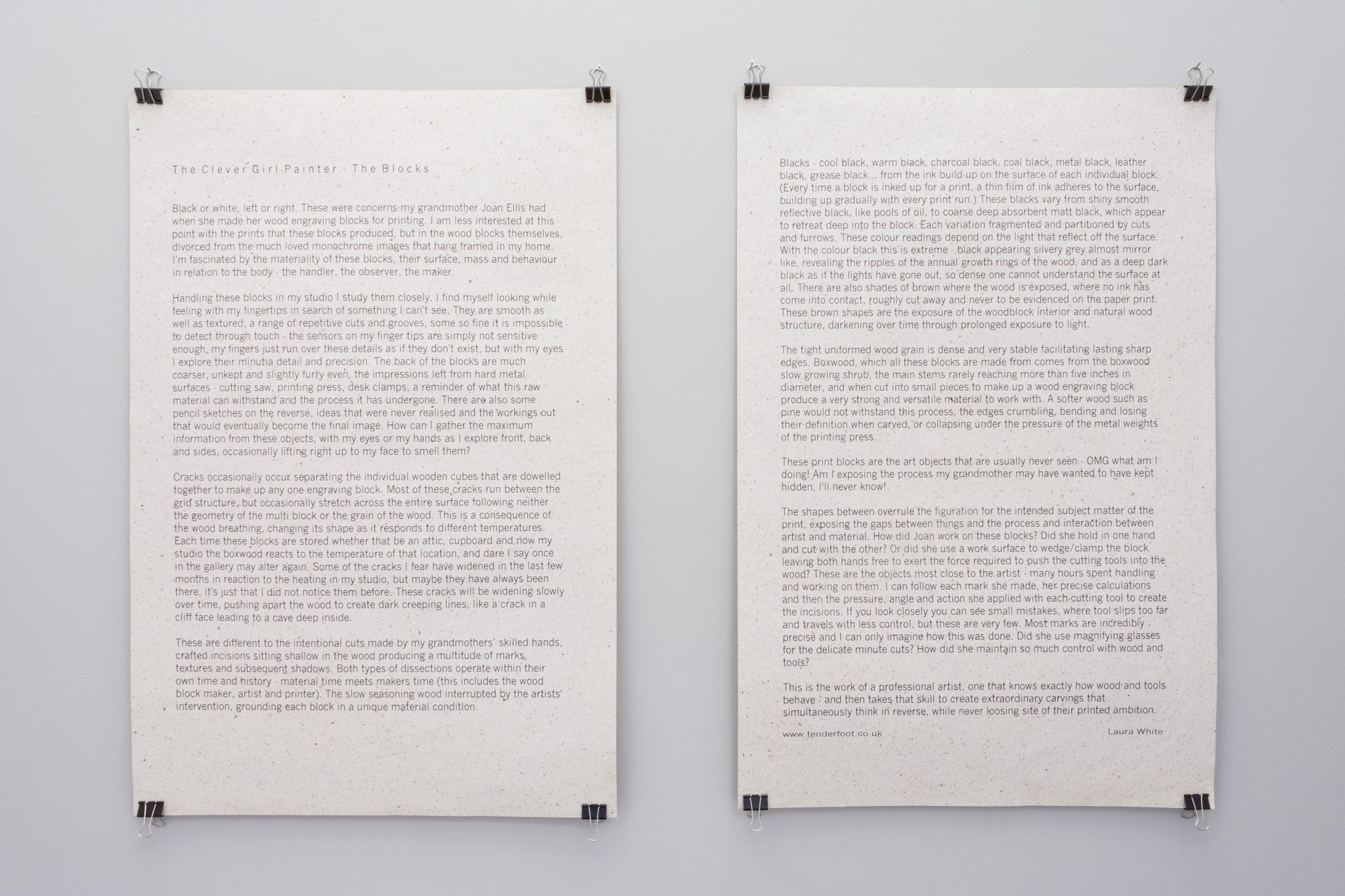 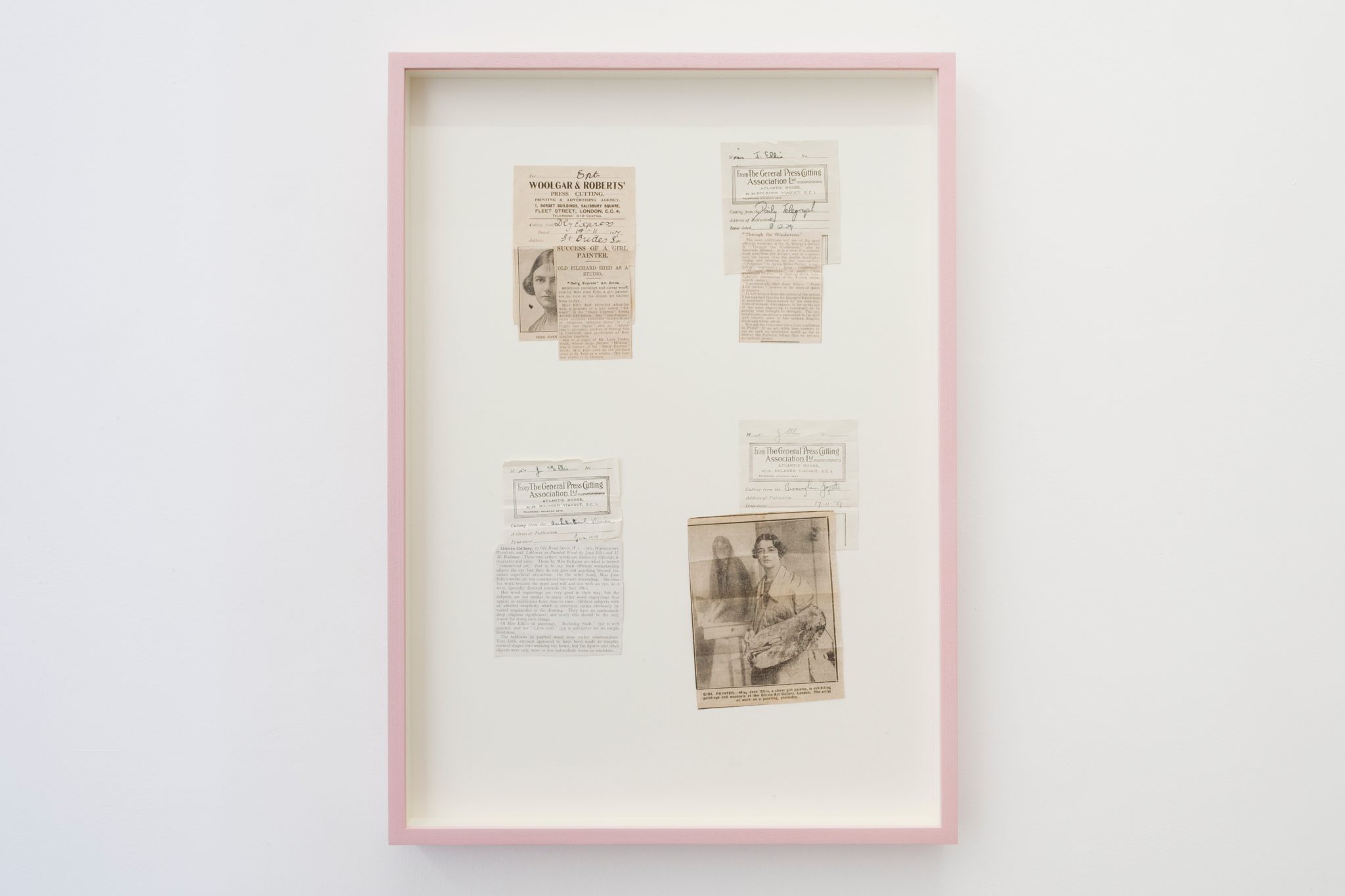 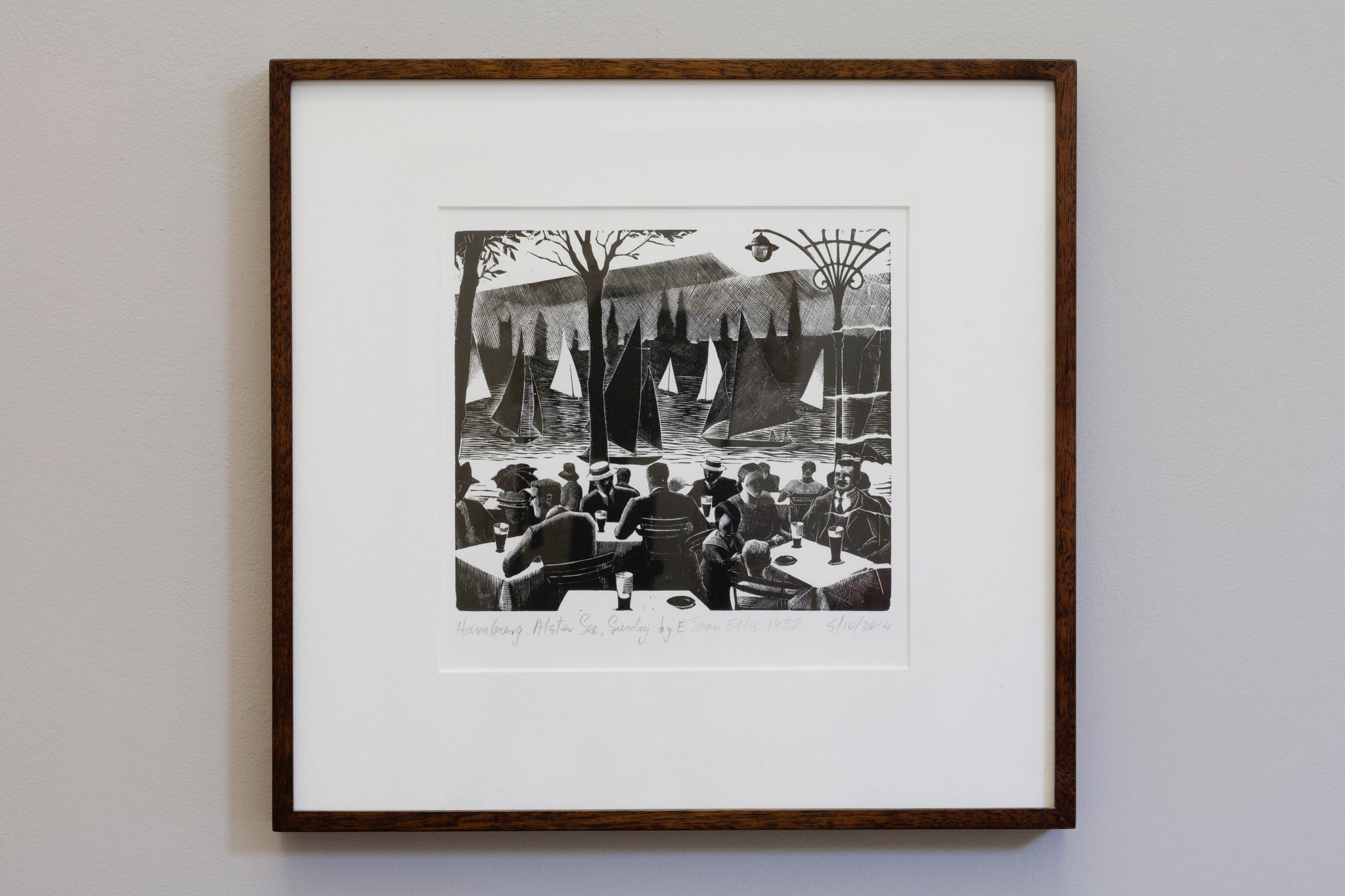 The Clever Girl Painter brings together sculptural objects made by White to react with and against a long row of wood engraving blocks. The interaction here is physical, aesthetic and personal; the exhibition links two artists, separated by a generation but linked by a family relationship.

The ‘clever girl painter’ referred to in the title is Joan Ellis, Laura White’s grandmother. An artist working in the 1920s and 30s, Joan Ellis attended the School of Leon Underwood in West London where Gertrude Hermes was a fellow student. Hermes remained a lifelong friend of Joan Ellis and both artists were known for their work with woodcut prints.

Laura White recently acquired the entire collection of Ellis’ wood engraving blocks, the majority of which were produced over a period of 8 years, 1924 – 32, before Joan Ellis married. After her marriage she never returned to such an intense level of production.

White has a long term interest in the sculptural quality of images. She is drawn to the wood blocks’ materiality, the process and labour of their making apparent in their fragmented appearance, rather than the specific narratives intended for the final prints. They are made from box wood and are intricately hand crafted. There are areas of precision where detailed patterns are cut into the hard material and other areas that are much looser and roughly carved – these would be the areas left white on the paper print.

For White, it is the physicality of the wood blocks and how they link to the labour of the artist that is of prime importance – the agency of what artworks are made from and how they are made. This connects to White’s interest in making and showing work that appears to be in transition, changing, becoming something else.

One wall of the gallery is given to the wood blocks presented on a long shelf. Lined up across the space are White’s sculptures. Using a range of materials – ceramics, jesmonite, fabric, leather, steel, wood, expanding foam and dried bread dough – White has built up layers, staked uprights of multiple facades, with depth and material mass. These sculptures sit somewhere between object and material sampling, with every potential to realign into new combinations.

In the back space of the gallery are exhibited wall based works, a text written by White which unravels her experience with working with these wood engraving blocks, press cuttings from Joan Ellis’s exhibitions and an example of one of Ellis’s prints.